Today, we have several cigars from Corona Cigar Co. We are going to look at their Gold series which comes in a Natural, Sun Grown, Maduro, and Dos Capa. I will be smoking the Churchill size 7” x 50, for all of the reviews. 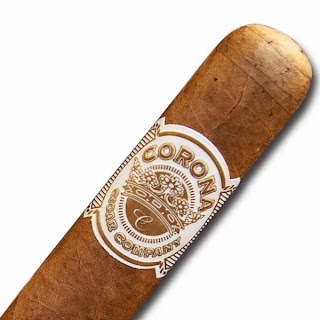 Pre-light:Glancing at the cigar you will notice the wrapper, which has a beautiful satin finish that looks almost perfect. Slight veining is visible, but the appearance of the wrapper seems to be seamless. The cigar has a slight sweet hay aroma. The band features a white background with gold lettering and logo. It's simple and very classy. The cigar uses a Connecticut Broadleaf wrapper, and a binder and filler from the Dominican.

Light & First Third: Using a cedar match, I couldn’t help but notice how easily the cigar lit. The draw is perfect and allowed for a nice start to the cigar. Notes of dry hay and hints of white pepper are fresh on the palette from the start. As mentioned, the cigar is drawing perfectly and releasing beautiful plumes of white smoke.  It's moving from more of a mild flavored cigar to a stronger tone of pepper with tones of roasted walnuts.

Second Third: The cigar profile begins to really pick up during the second third of the smoke. In addition to the flavors already noted, I began to notice tones of fruit. They are light, but are found lurking in the background. It's quite enjoyable and adds to the cigar tremendously. It continues to produce vast amounts of aromatic white smoke and the burn has been perfect.

Final Third: The final third begins with a flavorful bit of baking spices on the palette. It's a new flavor that I didn’t notice in any portions of the cigar up to this point.  The cigar continues on with a core of hay, pepper, and spice for the remaining portion of the smoke. It is mild-bodied, but has lots of flavor characteristics that make it very intriguing. It's definitely not a typical profile that you would expect from a cigar with a Natural wrapper. 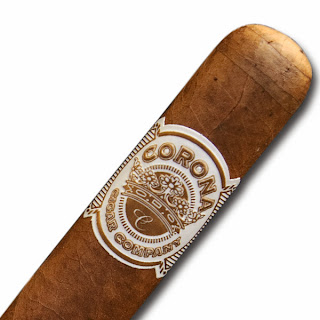 Pre-Light: This is a beautiful looking cigar to say the least. The Sun Grown wrapper is rich looking with a nice oily patina to it. The cigar has some slight veining and is crafted in the Cuban tradition with bunching of the fillers, and then topped off with a triple cap. A premium Habano 2000 wrapper is used, while a recipe of Dominican fillers are used to complete the blend profile.

Light & First Third: Lovely notes of cream and sweet cedar are noted on the start. The burn is cool and smooth right out of the gate with lots of blue-white smoke coming off the foot. A smooth profile that's mild-bodied is consistent throughout the first third. I can't wait to see what the rest of the cigar has to offer!

Second Third: The second third has notes of citrus. It brings a nice touch to the cigars flavor profile, and it's sitting well on my palette. Next, I began to notice some overtones of oak, with a touch on the back of black pepper. It's not overpowering, but a great change to the cigar. Also, at this point, the burn, draw, and smoke have been superb. It's an impressive cigar that's featured a cool burn.

Final Third: The profile picks up a bit in the final third with notes of earth showing through, and bits of leather on the back. The sweet cedar is still in the profile, along with tones of baking spices. Overall, the cigar has a mild to medium-bodied profile, and has been consistent throughout. A bit of spice sits on the back of the tongue, which gives the cigar a slightly stronger tone. It finishes up with notes of hazelnut and dried apricots.

Final Thoughts: I'm a sucker for Sun-Grown wrappers and this is no exception. Great construction, nice flavoring, and a sweet aromatic smoke make this an instant winner, in my book. I definitely would give this a rating of “Must Buy!” This is an excellent smoke that can easily rival the best of any everyday cigar on the market. 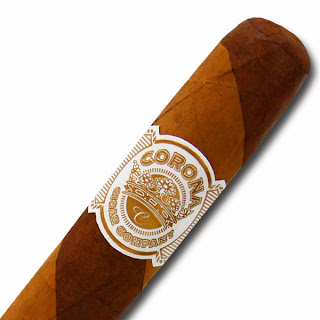 Pre-Light: The Corona Gold Series Dos Capa is another magnificent looking cigar. It features a dual wrapper that has a matte finish and smells of earth and dark chocolate. The construction is firm and feels solid. Like the rest of the cigar line, it's rolled "entubado" and finished off with a triple cap. Also, like the rest of the Corona Gold Series, it uses a blend of Dominican tobacco for both the binder and fillers. Let's dive in and see what we find.

Light & First Third: A rich earthy overtone is ripe on the palette from the start. The flavors that I'm picking up are that of leather, grass, and bark. The draw is smooth and the burn is crisp and clean. While I'm getting a lot of rich dark tones, the cigar itself is mild to medium-bodied, at this point. It's been an excellent start to the cigar. Now on to the second third!

Second Third: The second third starts with notes of green pepper and coffee. The cigar has moved to more medium-bodied with the flavors picking up somewhat. A bit further in, and I've noticed the green pepper fade into the back, and the coffee mellows out. Delectable tones of spices, leather, and wood begin to combine for a flavor burst of premium goodness. It finishes off with notes of coffee, pepper, spices, and earth.

Final Thoughts: This is a great medium-bodied cigar that's loaded with a rich flavor profile. The double wrapper gives the cigar a great depth. It releases vast amounts of dark earthy notes laden with coffee and spice. It's excellent construction, and large plumes of aromatic smoke are all added bonuses. This is a must-try, if you love cigars! 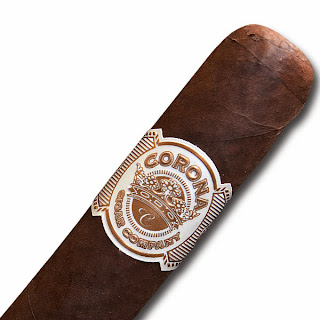 Pre-Light: The wrapper used is Oscuro Maduro has a rustic look to it, along with a nice matte finish. The color on the wrapper is a dark chocolate and it shows very little veining with several tiny bumps. The cigar smells of earth, chocolate, and coffee which creates a beautiful aroma. I'm looking forward to lighting this one up...

Light & First Third: The cigar starts off with a smooth sweet note, and with a touch of earth and wood in the background. I was expecting some really harsh earthy notes, but was surprised to find the cigar so mild and smooth. I worked the cigar a bit longer and have about a one-inch of ash on the foot. At this point, it begins to take on a dark earthy profile with lots of black coffee on the palette. This is a pretty consistent flavor found throughout the first third.

Second Third: Much like the end of the first third, the cigar continues on with dark coffee and earth. I found additional notes of leather, bark, and some undertones of spice. None of the flavors found to this point have been harsh or overpowering. It has been mild to medium-bodied, full-flavored, and a great smoke, so far. Nearing the final portion on the second third, the notes of baking spices pick up. The cigar is beginning to move more towards a full-bodied profile.

Final Third: Roasted walnuts start things out on the final third. This is followed up with more coffee and spices. The smoke has been superb with an excellent draw and dead even burn. The construction is great with the cigar consistently holding a one to two-inch ash on the foot. I nubbed the cigar out and it finished consistent with the rest of the cigar profile. It has lots of earth and coffee, with sporadic notes of leather, wood, and spice.

Final Thoughts: This is a great everyday cigar that I would definitely have as an afternoon smoke. It's well constructed with a good flavor profile from start to finish. If you like Maduro cigars, this would be an excellent choice.
Posted by Musings Of A Cranky Old Man at 1:01 PM