Today I’m reviewing an entire line of one of Corona Cigar Co.’s brands, the CCC Nicaraguan Selection. It can be found in both regular blend and a 10th Anniversary Special Edition. A premium line of cigars that are hand made and use all long filler tobaccos. Let’s take a look together and see what we find! 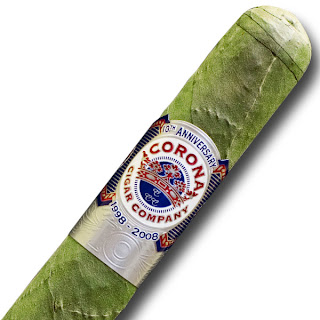 
A nice looking cigar that is attractive yet simple. This cigar was specifically made by Corona Cigar Co. to commemorate its tenth anniversary from 1998-2008. The cigar band has a bright array of colors with the CCC name and 10th Anniversary written across the top. It's a retro looking cigar band that adds a nice touch given the history of the Candela cigar. It has a triple cap and the construction appears to be solid.


As I light up this green beauty, I can't help but feel like I've stepped back into time to 1958 and the hay day for Candela cigars. The retro looking cigar band lends a hand in helping me feel this way. While some may mistake the wrapper for being young, given its green color, you actually would be mistaken. Candela cigars are a special type of cigar and have gone through a special curing process that preserves the chlorophyll which gives it the green color. Back in the late 50's to early 70's, this was the most popular type of cigar on the American market. It died out and has recently seen a resurgence in America.


One of the first things you will notice is the sweetness. It will leave a pleasant taste on your lips. Don’t be mistaken, this cigar has not been infused with any kind of substance. It is due to the Candela itself. Another nice touch to this particular cigar is that a large portion of Candela cigars today are machine rolled. Not this one! It is hand made with long filler tobaccos.


The cigar has a combination of sweetness and creamy notes. Throughout the cigar I picked up slight pepper tones that were a nice surprise. At about the halfway point, I began noticing spicy notes that are quite unusual. The burn and draw are top notch. The smoke is dense and plentiful and leaves a hefty long ash in its absence. Overall, this cigar is a winner in my book. If you're considering trying a new type of cigar, definitely consider giving the Corona Cigar Co. Candela 10th Anniversary edition a try. 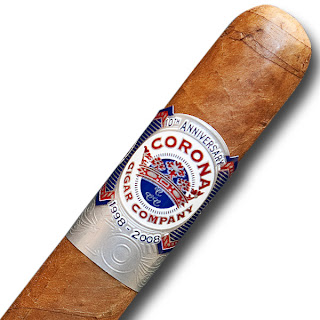 
As part of the Corona Cigar Co. 10th Anniversary commemoration, the natural is another gem of a cigar. Made in Nicaragua, the natural is a superb smoke. The wrapper is quite nice with a matte look to it. Like the CCC 10th Candela, it sports a triple cap and is well constructed. The cigar uses all long fillers and no soft spots can be found in the cigar.


The start of the cigar offers creamy and spicy tones. I'm about an inch in and the cigar is smooth, giving a nice draw and burn equal to any other of the top cigars on the market.  Tones of nutmeg emerge while the spices remain in the background. I was able to get a two inch ash on the cigar before it fell off. The cigar has remained remarkably consistent heading into the halfway point.


At the second third point of the cigar, the spices pick up and are pleasant in nature. The cigar is offering a fuller bodied profile then I expected with it being a natural. Nothing is overpowering, but it keeps things interesting. So far, I have been very pleased with the performance of the smoke. The profile begins to add some nutty tones, but the core of the cigar remains with the spices and cream before mentioned.


In the last several inches, toasty overtones start to rear its head and the smoke coming off the cigar is plentiful. Overall, I have had no issues with this cigar. Draw, burn, and construction are great and the flavor profile keeps you interested from start to finish. If I had to give it a rating, I would give it eight out of ten stars. For all you twitter fans out there, I would tag it with a #mustbuy stick. 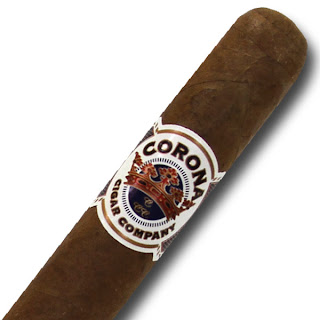 
In our journey looking at some of the Corona Cigar Co. house cigars, it leads us to the CCC Nicaraguan Natural. A dark Nicaraguan natural wrapper that is near flawless. Minimal veining and a seam that is about as none existent as you can get. A blue, white, and gold cigar band wraps this beauty with the traditional Corona crown and lettering. I'm smoking the 6x52 ring gauge, which is my preferred choice, but it's also available in a number of other sizes.


The cigar smells of sweet grass and you will even get a slight sweet aftertaste on your palette, once you begin the smoking experience. My first few puffs reveal a wood tone that is dry in nature. You will find some light earthy notes followed up with a toasty cream profile. The burn is cool and crisp leaving a dead even round burn mark. The ash is white and flaky with some dark mascara lines woven in.


So far, looking at all the CCC Nicaraguan cigars, I found a few things to be very consistent with them. The quality for one is very good. Second, you can't beat the price. The 6x52 that I'm smoking sells for $4 for a single! At that price these make for excellent everyday cigars.


Heading into the mid-point of the cigar, I pick up a fruitiness that is closely followed with roasted chestnut tones. For a few moments, I’m taken back to my youth, but I'm quickly brought back with a delectable tone of rum and spices. The final half, is compilation of the first half flavors with a mixture of several new tones. You can add cedar and some light tones of leather and bark to the revolving wheel of flavors found throughout this very fine cigar. This is another excellent cigar that’s worth every penny and more. 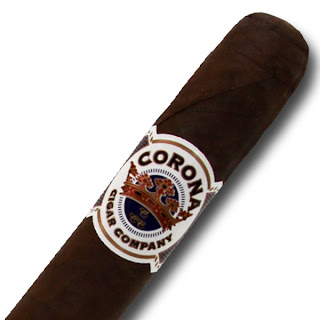 
Switching things up a bit for all of you Maduro lovers out there, we are going to take a look at the CCC Maduro. Again, I'm smoking a 6x52 size for the review. The wrapper is the same quality as the previous cigars reviewed and is quite possibly in the near flawless category. This dark Nicaraguan gem beckons you to light it up and not mess around. So, I did. Let's find out what surprises await us in this smoke.


Heavy earthy flavors are meaty and forefront on the start of the cigar. The draw is airy and leaves a slight chalky aftertaste. The smoke is rich and flavorful that leaves a white pepper tone on the palette. The cigar is everything you would like to find in a Maduro, thus far. The ash forming is stark white looking almost like snow.


A bevy profile of wood, earth, leather, dark chocolate and pepper complete the first half flavor profile. The cigar is full bodied and gives off a wheel house of complex flavors. The back half profile offers hints of black coffee, green pepper, mushrooms, and burnt cedar. If you're looking for a no-nonsense full bodied smoke, look no farther then the Corona Cigar Nicaraguan Maduro. It will go great with your grilled steak and potato dinner. Pair it up with your favorite rum and you have the making for a great night!
Posted by Musings Of A Cranky Old Man at 2:17 PM